A who’s who at Belvoir.

Belvoir is one of Australia’s most respected theatre companies. The company has developed a working environment which is creatively challenging and playful as well as financially and technically disciplined.

The Honourable Margaret Beazley AC QC, Governor of New South Wales is the Patron of Belvoir

Get in touch:
Email: [email protected] 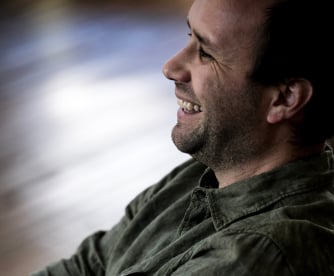 Eamon Flack finished his BA at the University of Queensland in 2000 and trained as an actor at WAAPA from 2001 to 2003. He has since worked as a director, writer, actor and dramaturg around Australia and internationally, from Milikapiti on the Tiwi Islands to London.

He co-adapted Ruby Langford Ginibi’s memoir Don’t Take Your Love to Town with Leah Purcell, and co-devised Beautiful One Day with artists from ILBIJERRI, version 1.0 and Palm Island.

His adaptations include Chekhov’s Ivanov, Gorky’s Summerfolk, Sophocles’ Antigone and Ibsen’s Ghosts. Ivanov won four Sydney Theatre Awards including Best Mainstage Production and Best Direction. The Glass Menagerie and Angels in America both won Best Play at the Helpmann Awards. Counting and Cracking won Best Play, Best Direction and Best New Work at the Helpmann Awards, the Nick Enright Prize for Playwriting at the NSW Premier’s Literary Awards, and the Victorian Literary Prize and the Victorian Premier’s Award for Drama. 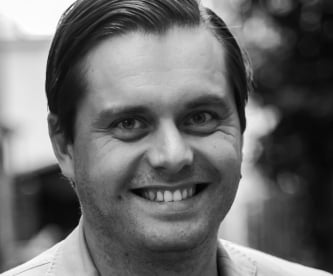 Aaron has extensive experience in the performing arts management and administration, as well as in community and cultural development; in particular, working with emerging practitioners, children and young people, and Indigenous artists. He has a keen interest in developing strategic partnerships, online engagement, lobbying and advocacy.

He has wide-ranging regional, national and international touring experience in both dance and theatre, including managing tours to Germany, Italy, China, the USA, Canada, Austria and Hungary. As an independent theatre producer, Aaron has produced work in Sydney and Perth.

Aaron is the Chair of Arts on Tour and has been a board member of Walsh Bay Arts & Commerce, Broken Limb Theatre Company, Black Swan’s BSX Theatre and the Blue Room Theatre. In 2001 he was awarded an ArtsWA Young People and the Arts Professional Development Fellowship.

He spends his weekends cooking and playing cricket. 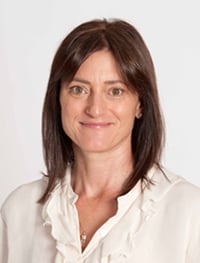 Patty is the Deputy Chair of Belvoir.  She has over 20 years of non-Executive Director experience on a range of large corporations including Coles Myer, AMP Limited, Ramsay Healthcare and Energy Australia. Her earlier executive career included working for both McKinsey & Company and David Jones. She has a broad range of philanthropic interests and has served on a number of not-for-profit organisations including the NSW State Library Foundation and the YWCA NSW. She is a member of Chief Executive Women and received the Centenary Medal for Services to Australian Society in Business Leadership.  Patty has an MBA from Harvard Business School and a Bachelor of Arts from Wellesley College.

Dr Raji Ambikairajah has a PhD in electrical engineering and has spent most of her career in the technology start-up and venture capital sectors.

She is an experienced board director and is currently a Non-Executive Director across a range of boards including the NSW State Library Foundation, UNSW Foundation and the NSW Circular Economy Innovation Network.

Raji is an Ambassador for Room to Read, a global non-profit organisation that provides children in low-income communities with access to education. Before this, Raji was Room to Read’s Sydney Chapter Leader for seven years. Under her leadership, the chapter reached 116,480 children, grew to be the biggest in the world in terms of number of volunteers and was in the top five globally for fundraising.

In 2018, Raji was awarded the NSW Woman of the Year Award in the Community Hero category and in 2019, Raji won the Chief Executive Women’s scholarship to study strategic innovation at the Massachusetts Institute of Technology, USA. 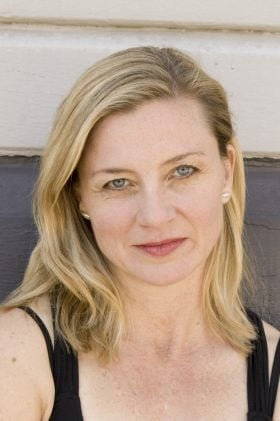 Kate was the founding Artistic Director of Force Majeure (2002-15), a revolutionary dance theatre company based in Sydney. She has worked in theatre, dance, film, circus, opera and musical theatre with arts companies and institutes including Belvoir (Under The Influence, Cloudstreet, Food, My Urrwai, A Taste of Honey, Every Brilliant Thing), Sydney Theatre Company (Never Did Me Any Harm, Spring Awakening), STCSA (That Eye The Sky, A View From The Bridge), The English National Opera (The Prisoner, La Strada), Opera Australia (Bliss, The Ring Cycle, La Boheme), The Hayes (Evie May), NIDA (Not Who I Was, Meat Eaters), National Theatre of Parramatta (Swallow) and DV8 Physical Theatre – London (Strange Fish, Happiest Day Of My Life, Can We Afford This). Kate also choreographed the original stage version of Dirty Dancing (Australia, UK, US, Europe).

She has created and performed two critically acclaimed solo shows, Face Value and About Face. As Artistic Director of Force Majeure, Kate directed Same, Same But Different, Tenebrae – Part 1 and 2, Already Elsewhere, The Age I’m In, Not In a Million Years, and Nothing to Lose. Kate has been awarded Helpmann, Green Room and Australian Dance Awards.

Johanna Featherstone is the Founder and former Artistic Director of Red Room Poetry where she established a national poetry education program for schools and correctional centres in New South Wales. Her poetry has been featured in a range of journals and anthologies, with her second collection forthcoming in 2020. She is currently Director of the Oranges & Sardines Foundation and on the Biennale of Sydney board. Johanna is an honorary associate of the University of Sydney’s School Arts and Media and has judged a number of awards including the NSW Premier’s Literary Awards and JB Fairfax Award for Rural and Regional Journalism. 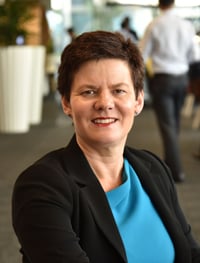 Alison is the National Chairman of KPMG Australia. She is also a member of KPMG’s Global and Regional Boards and is Chair of KPMG’s Global Audit Quality Committee.  In this role Alison is responsible for the overall governance and strategic positioning of KPMG in Australia.

Alison has held a variety of management and governance roles within the partnership, as well as serving as External Audit Partner for a range of major ASX listed companies, 5 of those have been on ASX’s Top 50 listing.

Outside of KPMG Alison has held a number of external board appointments in the not for profit sector across the mining, safety and education sectors and has served as auditor to numerous charitable organisations.

Alison has a Bachelor of Business Studies from the University of Sheffield.  She is a Fellow of the Institute of Chartered Accountants in Australia, England and Wales.  Alison is also a Registered Company auditor and a Member of the Institute of Company Directors and Chief Executive Women. 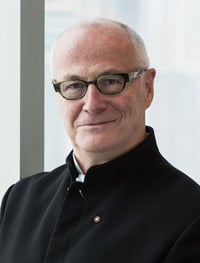 Michael Lynch was Chief Executive of London’s Southbank Centre from 2002 until 2009 and was responsible for the major renovation of Royal Festival Hall and the transformation of the Southbank cultural precinct. Previously, Michael held positions as Chief Executive of the Sydney Opera House, General Manager of the Australia Council and General Manager of the Sydney Theatre Company. From 2011 to 2015 he was Chief Executive of the West Kowloon Cultural District, an ambitious project which will see a huge arts precinct built on the shores of Hong Kong’s Victoria Harbour. Michael is currently Chairman of Circa, Chairman of the Sydney Community Foundation, and a Board Director of Belvoir Theatre and Ted X Sydney. 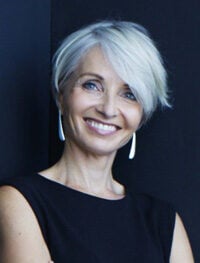 Sam Meers AO is chair of Belvoir.  She has been a leader in the philanthropic sector since establishing Australia’s first Prescribed Ancillary Fund in 2001.  Over the past 20 years, she has held board roles in a broad range of organisations, including the Art Gallery of NSW, the State Library of NSW, Documentary Australia Foundation, the Federal Government’s Creative Partnerships Australia and The Climate Institute, reflecting her broad range of philanthropic interests.  Her current not-for-profit board appointments include Chair of the Brett Whiteley Foundation and a board member of the Sydney Symphony Orchestra.  Sam began her career as a commercial lawyer with Mallesons Stephen Jacques (now King & Wood Mallesons), and her executive career included senior management roles in the media sector.  Sam is a member of Chief Executive Women and a fellow of the Australian Institute of Company Directors. 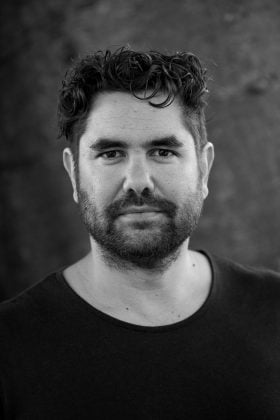 Jacob’s mothers country is in the Daly River region, West of Darwin. He grew up in Brisbane but has spent the last 20 years living in Sydney on Eora Land. His work crosses over between Theatre, Film, TV, Fine Art and Public Art and he uses all these experiences to create iconic images that talk about the stories, people and country we all share from a First Nations perspective. 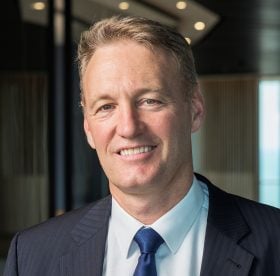 Paul is a co-founder of Plenary and was CEO since its establishment in 2004 until 2019.  Plenary is an independent long-term investor, developer and manager of public infrastructure with operations in both the Asia Pacific and North America.  Paul is a Plenary shareholder and non-executive director, and a member of the Sydney Metro project board.

Paul is a member of the Advisory Council for the University of Wollongong SMART Infrastructure Facility and is also on the SCEGGS Darlinghurst board.

Mark was previously Chairman of The Australian Theatre for Young People. He has been a member of Belvoir’s Development Committee since 2013.