Narelle is Sydney born and bred but lately she’s lost her sense of belonging. Something keeps bringing her back to Pyrmont. This peninsula was her family’s bedrock, and the home of her extraordinary grandmother June, who held everything together through the decades: a son’s brush with the law, a daughter’s battles with demons, a husband’s decline.

Life revolved around the sugar refinery. For a time this was the sweetest neighbourhood in the country. But the family bedrock, like the sugar, has dissolved away. Narelle can’t fix the past, but maybe she can fix the future.

A story of Sydney – work and corruption, family and massive social change. A story of how Australia went from working class to middle class. Best of all, the great Kris McQuade returns to Belvoir.

Supported by the The Group 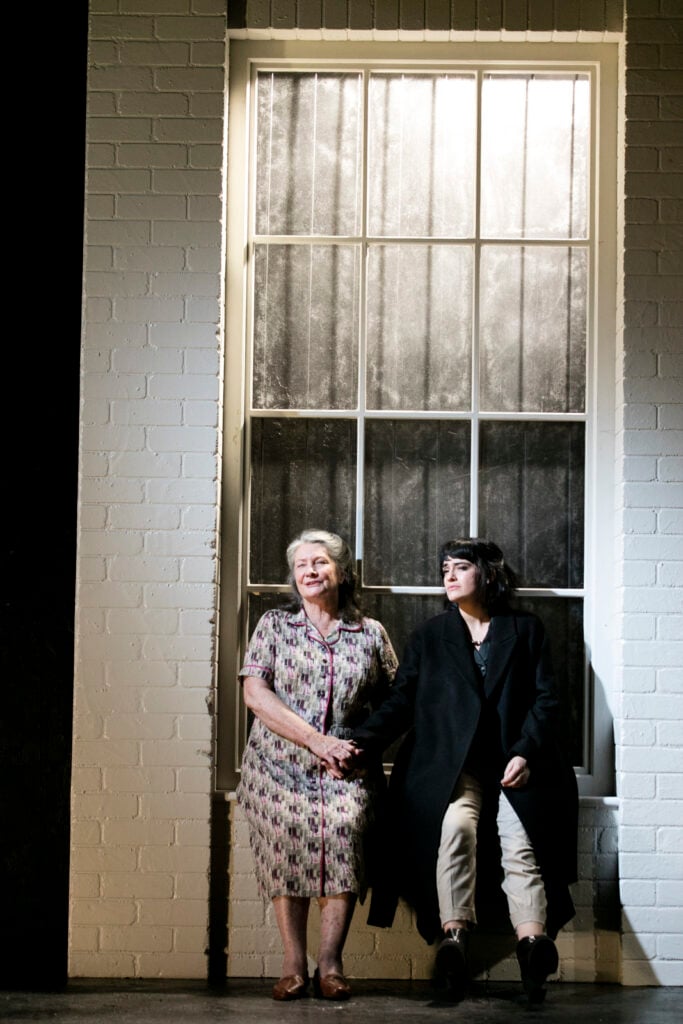 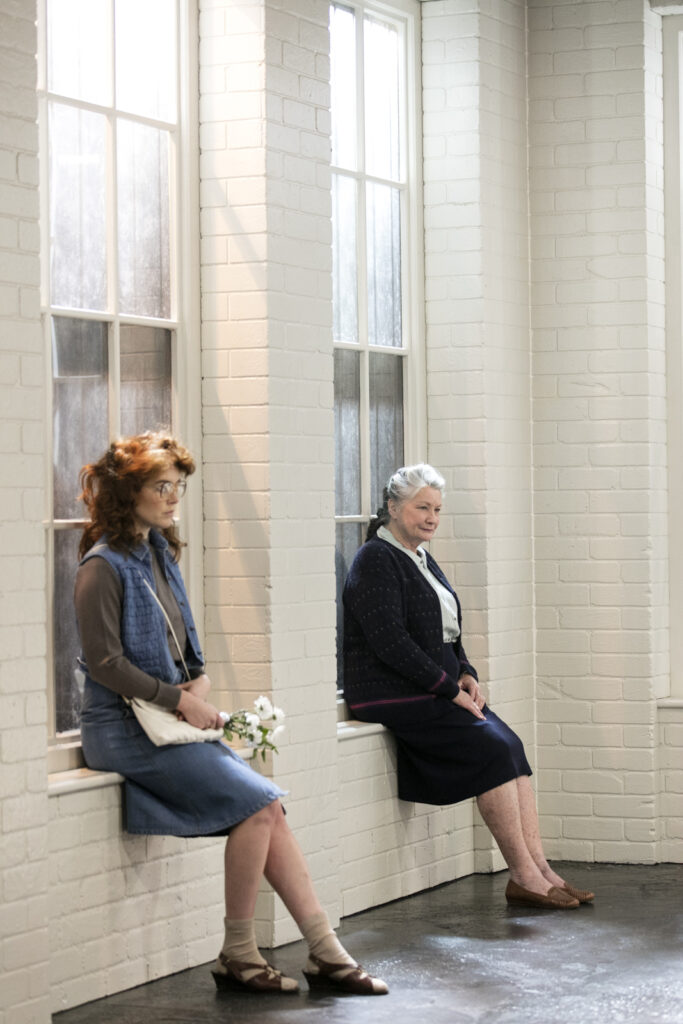 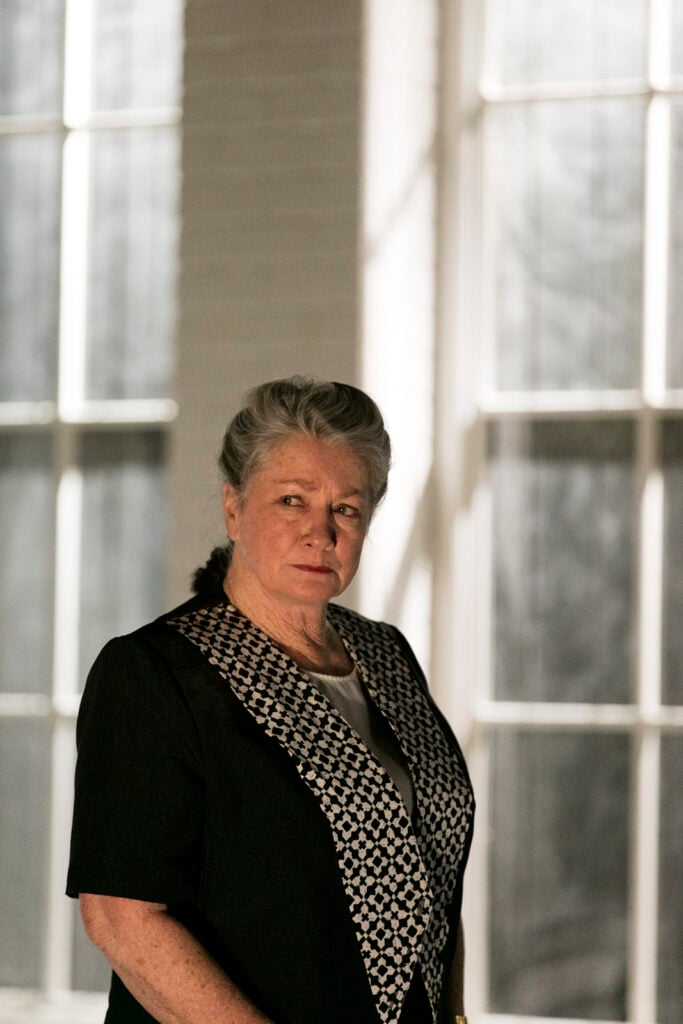 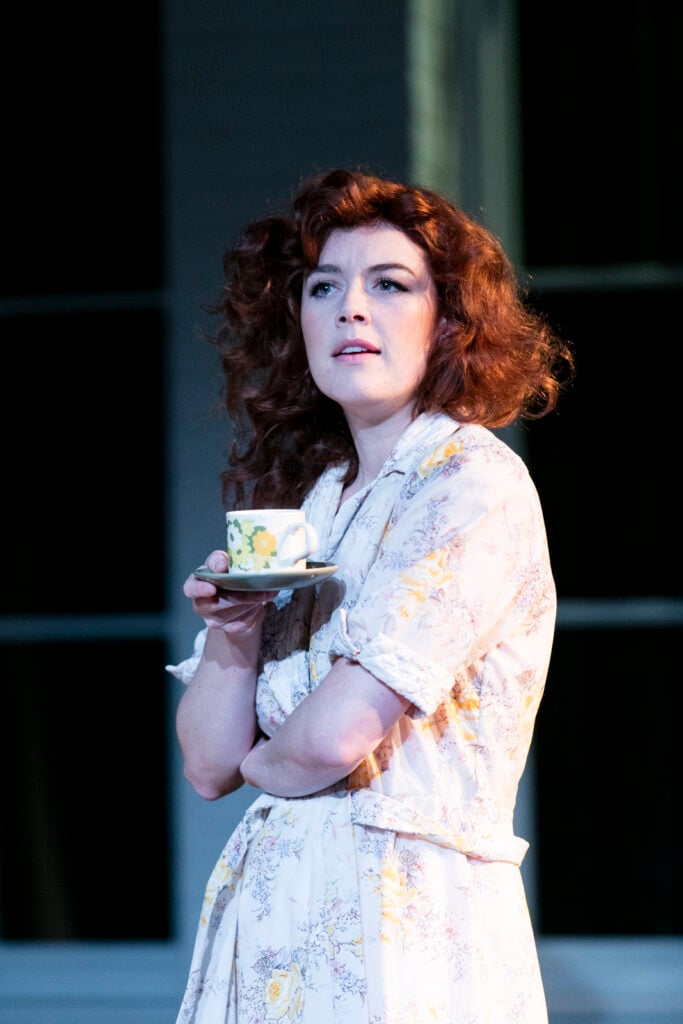 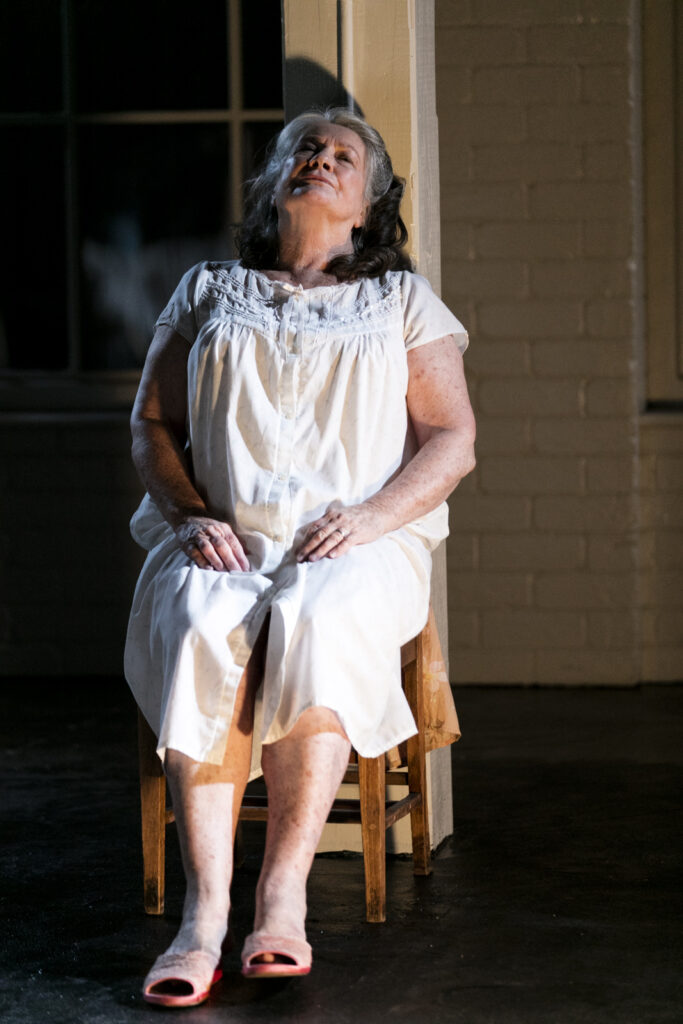 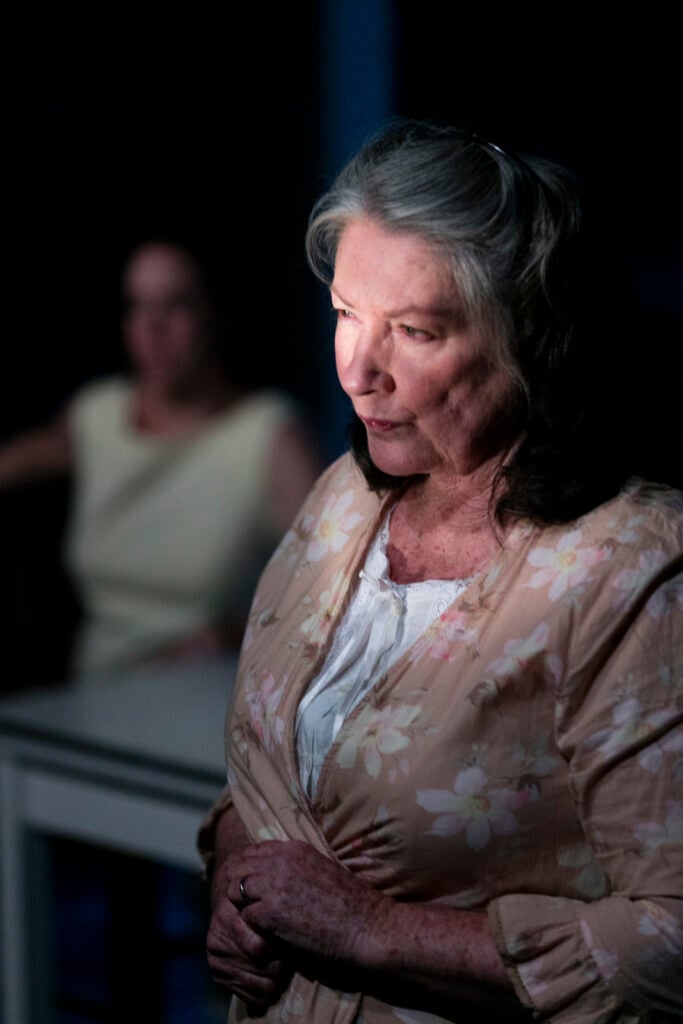 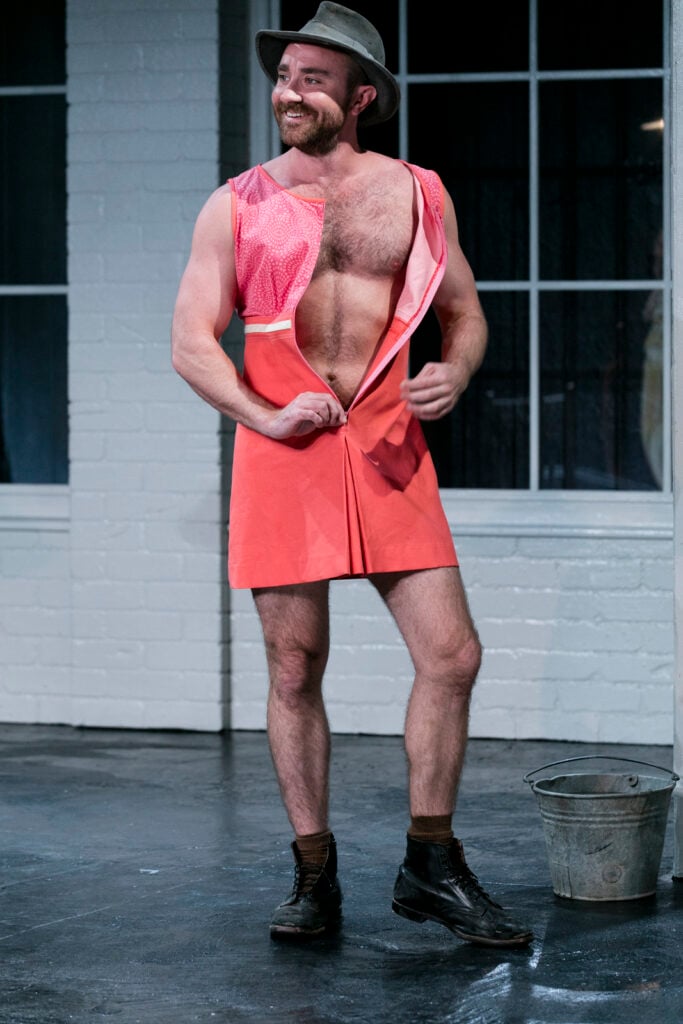 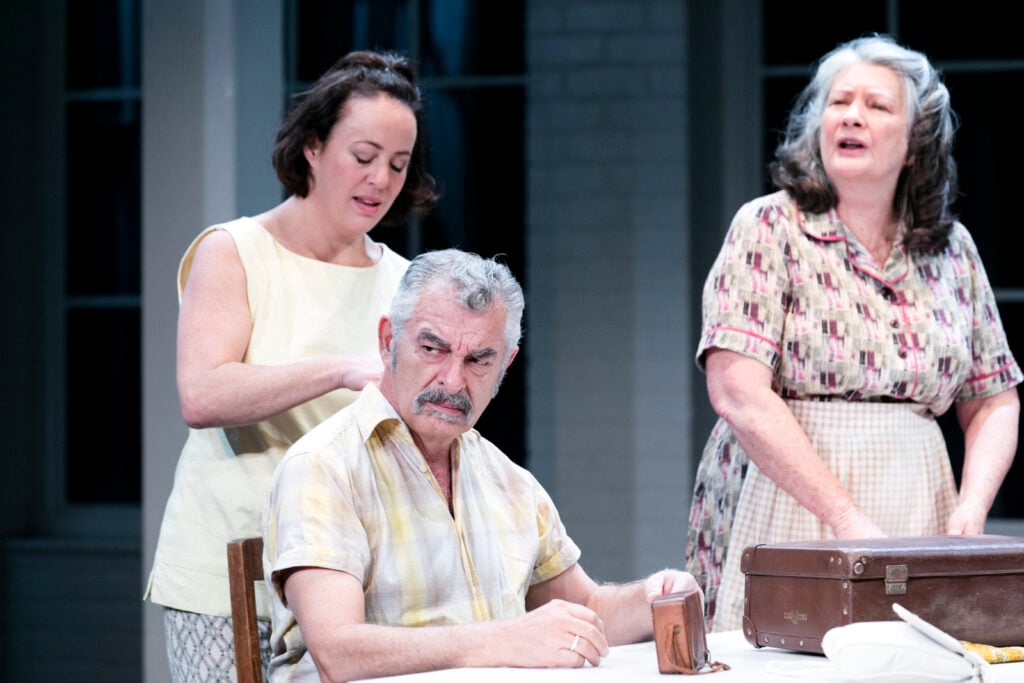 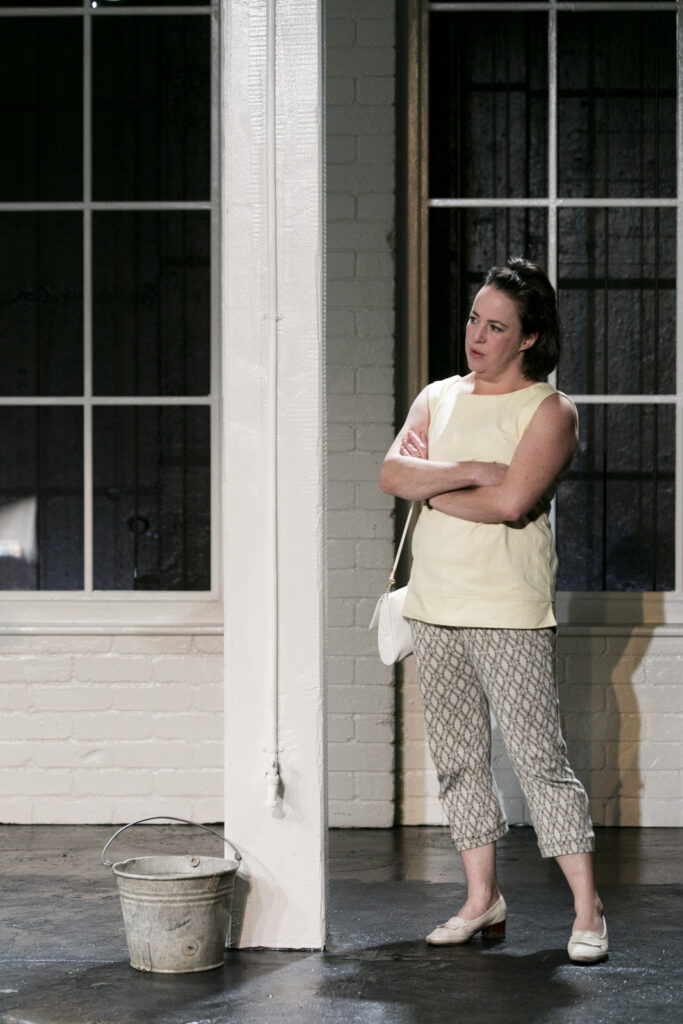 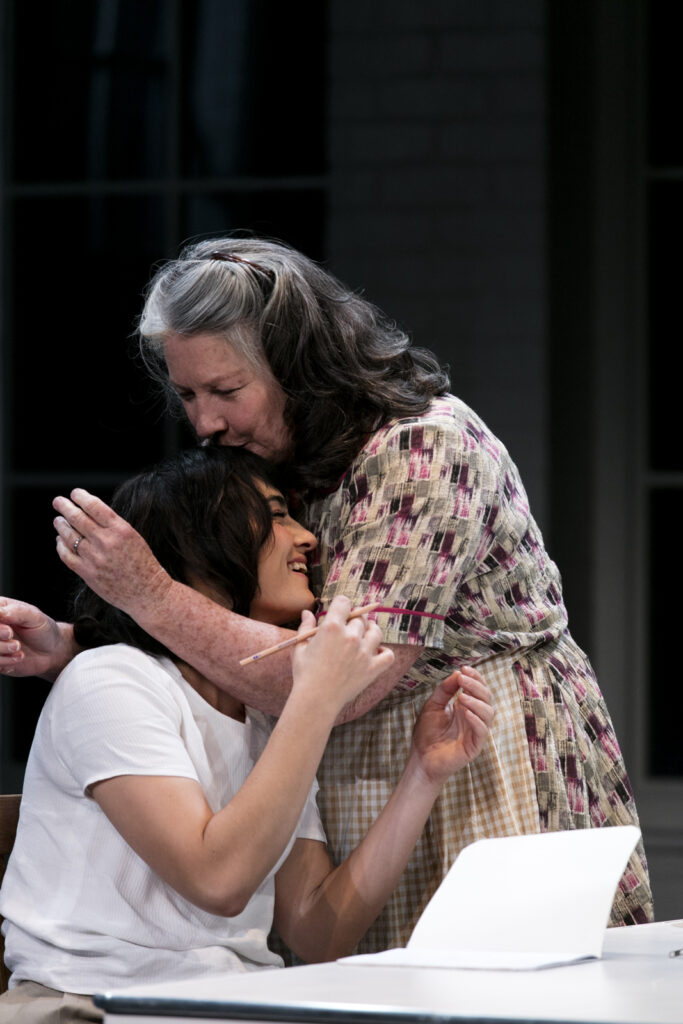 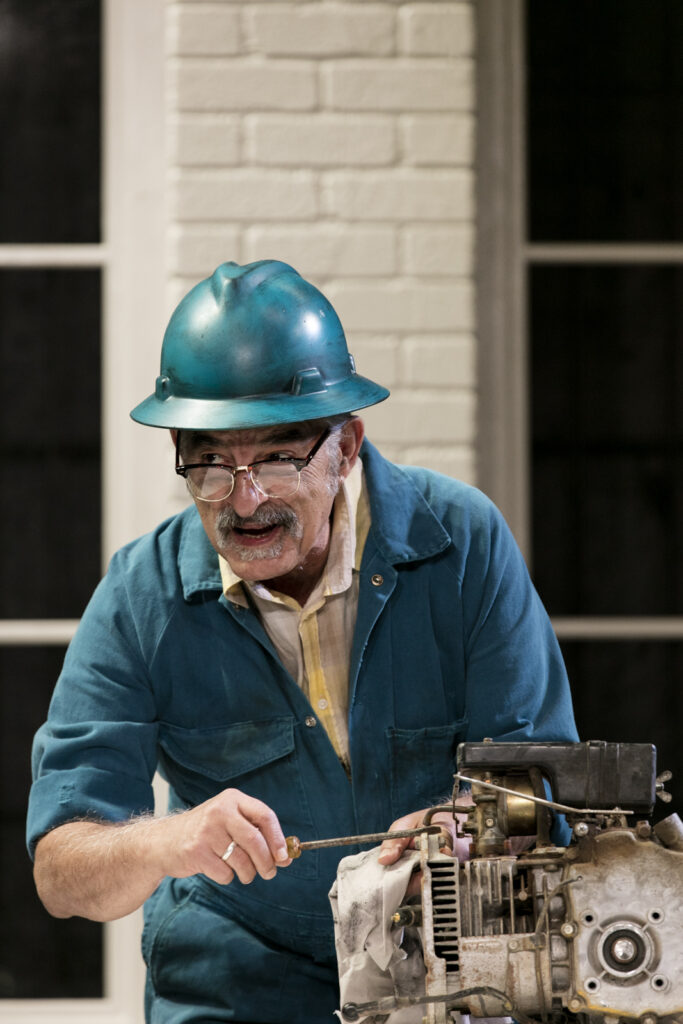 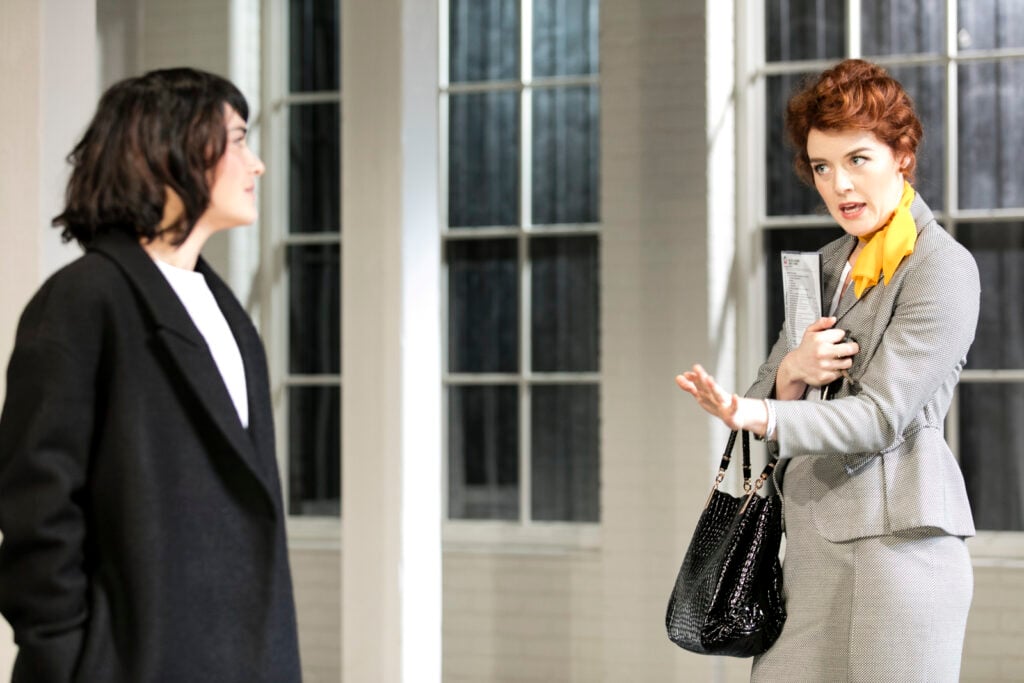 …as credible, tough, and romantic as a Dickens saga.

…warm-hearted and affectionate, even as it critiques corruption, destruction and social injustice.

Directed by Sarah Goodes, the production has a held in quality which balances so nicely with the lovely comic moments…And costuming [by Emma Vine]…Without any showiness, there is detail everywhere, replete with character and class and period.

This expansive and moving story is sensitively directed by Sarah Goodes.

[Sacha] Horler’s Margo delivers some of the strongest scenes as she burns with the kind of rage only found in those who always feel they are playing second string.

The ensemble is quite extraordinary…There’s finely-tuned, well-wrought work, too, from Josh McConville and particularly Sacha Horler, who bring pathos with great nuance. The always great Nikki Shiels makes full use of small moments. Lex Marinos, an Australian entertainment icon really, has a lovely presence as granddad…

Actor Sheridan Harbridge is a charming Narelle, persuasive at all ages but especially impressive with her sensitive portrayal of the 8-year-old version…

The Sugar House is a play about the human capacity for undying love and wilful perseverance in the face of immense pain and suffering.

[Josh] McConville and [Sacha] Horler are stunning, both equal parts bravado and vulnerability in their respective roles, with Horler stealing the show with a particularly poignant and layered monologue.

The Sugar House is an interesting and important work as it explores the stories of the people that are usually erased from the history books and the landscape…A wonderfully presented new Australian story that should be seen.

The Sugar House is a ripper play that delves inside Sydney’s social history. Not to be missed.

[Sheridan] Harbridge’s portrayal of Narelle is perhaps her finest performance on Sydney stages to date.

The Sugar House is another wonderful Belvoir play for 2018. Intelligently written by Alana Valentine and directed with a sophisticated and understated style by Sarah Goodes…

The Sugar House is a gift of theatre; an exploration of who we were, who we are and who we wish we could be.