***Due to the current COVID lockdown, Belvoir’s Festival of Everything is currently on hold and we are hoping to schedule a shorter run of the Festival later this year, more details to be announced soon. Ticketholders, we have credited the price of your ticket to your Belvoir account, ready to book tickets when new dates are released where you will receive priority booking.

If you would prefer to receive a refund or donate the cost of your ticket to Belvoir, let us know via this online form.

Stay safe, we hope to be seeing you in the theatre soon.***

Four of the country’s rising comedy stars come together for one massive line up show at Belvoir this September.

Sri Lankan born Dilruk Jayasinha has been rising through the ranks of Australian Comedy for a few years now and in 2021 has established himself as a heavy hitter, breaking through to be one of the most in demand Headliners on the scene.

“No better way to spend an hour of your night.” ★★★★½ THE ADVERTISER

Lizzy Hoo has managed to become a comedy sensation during a pandemic. How has she done it? Charm, beautifully crafted jokes and a unique voice that has her the talk of the comedy world since live performance has made its welcome come back over the last few months.

Bec Charlwood’s comedy career is quite simply taking off. This April, Melbourne Comedy Festival audiences were spellbound by the raw and refreshing talent of this tenacious and bold young woman, earning reviews like: “it’s rare that a festival debut is so slick [….] remember her name. You’ll be hearing more of her.”

Rounding out this killer line up is Host of Triple J’s weekday lunch David Woodhead. David, a regular on the Sydney stand up scene and a 2016 RAW Comedy finalist.

Don’t miss out on the hottest showcase of Australian comedy you will see this year.

View Belvoir’s Festival of Everything 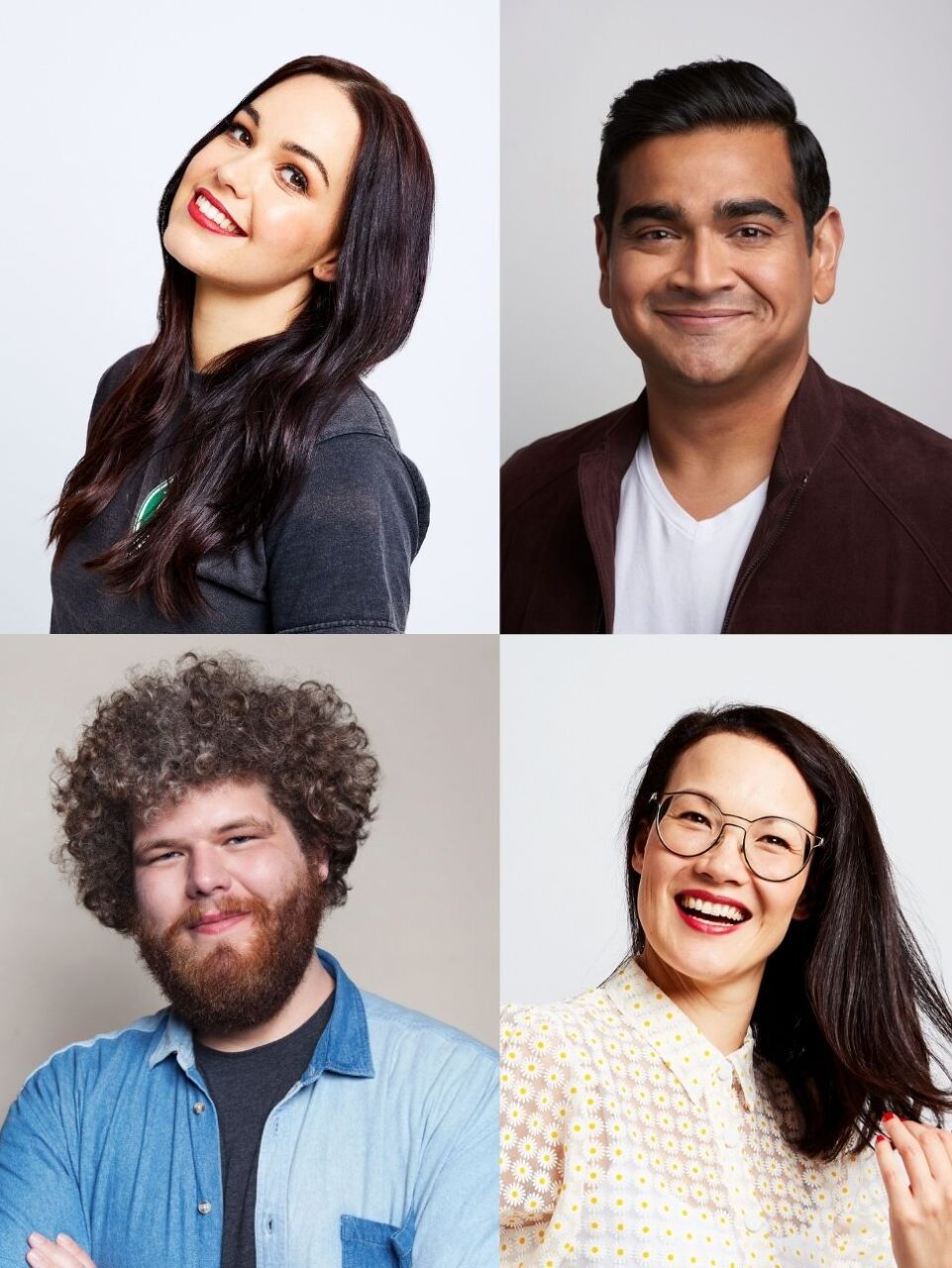 No better way to spend an hour of your night.

The confidence of a title fighter who has won before she’s even set foot in the ring.