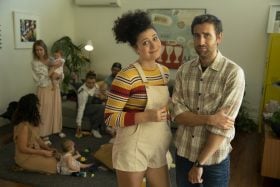 Due to hit Aussie screens on October 22, Baby Done follows wannabe-adventurer Zoe (Rose Matafeo) who freaks out when she falls pregnant to her long-term boyfriend Tim (Matthew Lewis). As Tim embraces the prospect of fatherhood, Zoe attempts to run away from being a mum. Terrified that her life won’t be her own anymore, Zoe is determined to tick off a list of their wildest dreams before the baby arrives. Zoe’s increasing denial about her impending birth pushes her, and her relationship, to the limit.

To win one of five double passes email [email protected] with the subject line ‘BABY DONE x Belvoir’ and you’ll be placed in the draw. 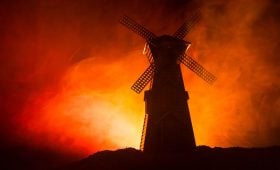 The world premiere of a new theatrical adaptation of George Orwell’s iconic novel that will shatter any illusions that this is a fairy tale!
SPECIAL DISCOUNT TICKET OFFER:
Early Bird tickets just $20 (usual price $35). 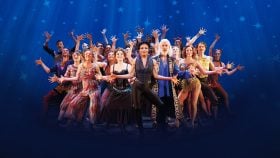 Producers John Frost and Suzanne Jones along with Foundation Theatres and The Star today announced that the exhilarating Tony Award-winning hit musical PIPPIN will reopen the Sydney Lyric Theatre at The Star for an exclusive season from 24 November 2020. Full of extraordinary acrobatics, wondrous magical feats and soaring songs from the composer of Wicked, PIPPIN is Broadway’s high-flying, death-defying hit Broadway musical.

To go into the draw to win 1x double pass to the performance on Thursday 26th November at 7.30pm, valued at $218, email [email protected] by COB Friday 16 October with the subject line ‘PIPPIN x Belvoir’.