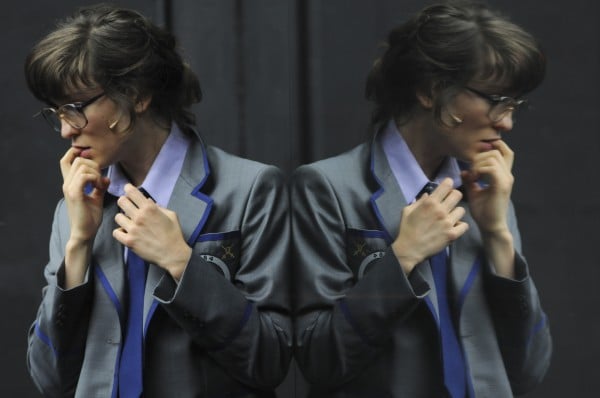 Eloise Mignon in The Wild Duck. Photo by Heidrun Lohr.

Much applause for sleek evening in the theatre
Österreich

Belvoir’s The Wild Duck opened to rapturous audiences and critical acclaim at the Wiener Festwochen (Vienna Festival) in Austria over the weekend. The opening night audience applauded for five curtain calls, and to prove it’s not a fluke, so did the second night crowd.

This is The Wild Duck’s second sojourn to Europe following a highly acclaimed season at the International Ibsen Festival in Oslo last year. Next up, The Wild Duck wings to the Holland Festival from 2-4 June.