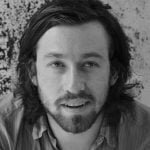 The peculiar and extraordinary nature of theatre as an art form is that it begins to exist only in the moment an audience enters the auditorium.

Once a painting or a film is finished it remains the same piece of art forever. A poem or a novel is written to be read by successive generations and interpreted in all manner of ways by the reader, but the words are unchanged.

The theatre, however, is ephemeral. Every time a classic play is performed it relies on the artists of the day and age to interpret them, and that night’s audience to respond to them. The age of an actor, their personal background, their gender, their race, their political convictions, the society they live in, will all affect, consciously or subconsciously, their interpretation of a role.

To assume that you are witnessing the same piece of art that was produced for a different theatre and a different audience in a different age would be folly. This is the magic of theatre. As an audience you get to experience an idea that was conceived sometimes thousands of years ago but is only given birth on the night you are watching it. This paradox of time creates the particular essence that keeps people coming back to the theatre. No art form is more alive and more dead.

I didn’t choose to direct Death of a Salesman because it’s a classic. There are plenty of them. I chose it because of all of the classics I was interested in, it was the one that spoke most directly to the current state of middle-class Western society. In its original production, which played against the backdrop of extraordinary prosperity in late-1940s America, the play spoke of one man’s inability to achieve the American Dream. In our day, it’s about all of us.

In a post-global financial crisis world, Arthur Miller’s 1948 disillusionment seems prescient. Willy Loman becomes an everyman. Played as if it were written for our age, Miller’s classic becomes a requiem for a dream not just a man. We were all duped, not just Willy. 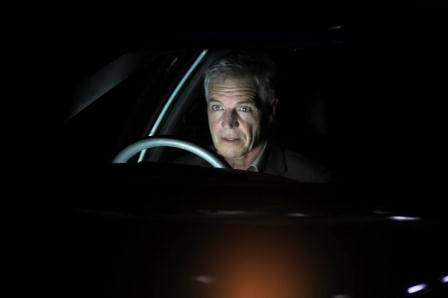 Australians bought into the dream just as much as Americans. The whole world did. The Belvoir play is performed without American accents and with staging that is familiar to us to reflect this.

As mentioned in yesterday’s Herald, I brought the suicide onstage because we’ve all now witnessed the death of the dream, or more correctly we’re watching it dying. So in my production we watch Willy die with it. Audiences have responded very strongly to this choice and while it can be argued it doesn’t reflect the author’s original intention of the act, it reflects our contemporary relationship to it. And so the moment exists, as theatre does, suspended between Miller’s time and ours.

The epilogue I removed from the play in the Belvoir production has been reinstated for the Theatre Royal season due to copyright restrictions. By removing it I wanted to express the uncertainty of our times. We don’t know what will come next. The ending became a question mark over the play and its place in our history. But I’m not dismayed at the need to replace it.

The Theatre Royal is a very different theatre architecturally to Belvoir. The epilogue will be able to float outside the space. It will play not as a conclusion to our production and the questions it asks, but as a sudden reduction from the play’s epic dimensions to the domestic reality of a grave-side scene. In a way that it wouldn’t have in the intimacy and singularity of the Belvoir space, this shift will work beautifully.

I was recently in Europe and while I was there I thought a lot about Australia’s relationship to the great theatrical traditions of Europe and the US. For a long time we have felt our own cultural output to be inferior. The time has come for us to let go of this insecurity.

Productions from Belvoir and Sydney Theatre Company have been proving immensely successful on overseas stages. This international response proves we have a unique and special theatre culture, one made up of the extraordinary skill of expert craftspeople, our outsider status as a nation, all the irreverence this brings and the courage to tell the great stories in our own particular way.

Until recently we accepted the Broadway or West End way of treating their classics, now we are bringing to them an Australian sensibility and technique. The world is responding.

This article originally appeared in The Sydney Morning Herald.