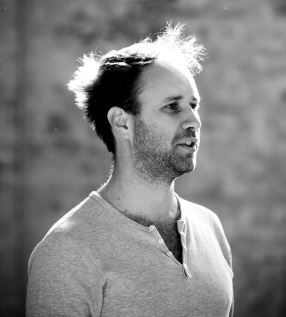 Life wasn’t always this upbeat. There used to be a time when festivities were very occasional. Living was a rigorous regime of obedience and hardship. A timeless order ruled over our days. The world was rigid and God-given. But from time to time, built into this cathedral-conception of life, were days of uproar: weddings, feast days, holy days etc. On those days, and on strictly-heeded terms, the human passions were given licence. For an exact period of time, and precisely no longer, a measure of riot and chaos reigned. Music and drunkenness and almighty game playing provided the means, and for a day or two misrule ruled. The devils came out to play. And then, after the exact period of time was up, the revels were ended and all returned to normal: worship, drudgery, death etc.

Around the time that Shakespeare wrote Twelfth Night something was happening that meant the rigid old order was coming apart. It was succumbing to the festivity within, which more and more shook the whole structure and eventually broke its bounds. Here’s an example: in the old order fools filled the land. Each fool was a sort of one-man festival, a devil-in-motley, licenced like the feast days to shake out the pent-up instincts of the people – a sort of moral pressure-valve in a morally high-pressure world. But by Shakespeare’s day the fools were all but gone. Somehow or other the rigidly arranged revels had spilt over the limits of their feast days and life had taken on a more spontaneous, less eternal nature. It was the beginning of the modern era, which is to say, we’re all fools now.

We are performing the play almost entirely exactly as written. This is partly a boast and partly a warning, because some of the play is now archaic nonsense. There are ideas in there that no longer mean anything, and there are jokes that are clearly specific to the talents of the actors Shakespeare wrote it for – and in some scenes wrote it with. Nonetheless we have taken the play on its own terms and plunged headlong into its strange poetry because the archaic oddity of the play is what makes it glorious.

On the matter of where and when we have set our play: Our play is set vaguely in a ‘Renaissance’ of our own making. It was a time of overthrow, when shitty, vain, splendid humanity replaced the saints and angels as the glory of creation. No more halos, just hangovers. No more beatific blushes, just the livid rush of blood. Michael Hankin (our set designer) and I followed this line of thinking to the paintings of Giotto, Botticelli and Bosch – painters on the edge of the profane, still full of terrified glory but earthbound and human. From them we stole many of our set design ideas, and the costumes followed.

This is a play about love and grief. It’s about the way that grief opens up new possibilities, and it’s about the way that love is what we live for. Grief and love are wild, creative undertakings. They come in many forms, some ridiculous, some terrifying, all necessary. And because they’re two sides of the same coin, they inevitably lead to each other. This is a play about trying to find ways to grieve and to love.

So full of shapes is fancy
That it alone is high fantastical.

Twelfth Night or What You Will is playing in the Upstairs theatre from 23 July to 4 September. Find more information or book tickets here.