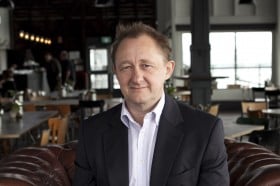 This year Andrew Upton, who has been Co Artistic Director of Sydney Theatre Company since 2008 and becomes Artistic Director in 2013, will present the annual Philip Parsons Memorial Lecture. In his lecture entitled The Resonating Space, he will discuss how theatre must evolve with our culture and live in a contemporary context.

‘Theatre exists in the present,’ Upton emphasises. ‘While theatre has a profound history and ties to our shared culture, it’s not a bookish history. It’s more important to tell stories for today’s audience than to be faithful to history. When adapting a script I choose language that speaks to our contemporary audience, but that resonates with the history of the play. Theatre is ‘a monster that forgets’ as Dion Boucicault wept. It is a resonating space that must be re-tuned by every generation and then played on human gut strings that link us all the way back to the caves.

‘The creation of a production has to be viewed holistically. No one element can be given more import than the production, which is always greater than the sum of its parts.’

The Young Playwright’s Award winner will be announced at the conclusion of the lecture.

Tim Spencer for Show Me Yours, I’ll Show You Mine

Rick Viede for A Hoax

An embargoed announcement of the winner will be available in the last week of November.