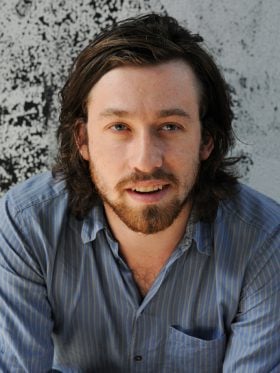 Why Thyestes, and why now?

This is the ur-myth of unstoppable revenge cycles. Tantalus kills his own son Pelops and feeds him to the gods as a test of their omniscience. Pelops gets regurgitated and put back together. When he grows up, he organises the death of a king to marry her daughter, then throws the assassin off a cliff so nobody finds out. He cheats on his hard-earnt wife, leaves her for a young nymph and has an illegitimate son with her. When his wife finds out that he’s planning to grant the bastard child the throne in favour of his sons to her, Atreus and Thyestes, she organises for them to kill their half-brother. They do. They’re exiled. Their mother kills herself. They become kings somewhere else. Thyestes steals the kingdom from Atreus and sleeps with his wife. Atreus fights a war to win his wife back. Thyestes loses. Atreus invites him for dinner, kills Thyestes’ kids, and in honour of his grandfather feeds them to his brother at a reconciliation feast. Thyestes vomits. He goes mad. He thinks raping his own daughter will solve the problem, so he does. His daughter, Pelopia, doesn’t know she’s been raped by her own father because it’s dark. A few years later she meets Atreus and marries him. Their son, Aegisthus, is raised as Atreus’ son. When he comes of age, his mother gives him the sword she stole from her rapist that dark night and tells him if he finds the owner he’ll find out who his real father is. Aegisthus finds Thyestes. He finds out how evil Atreus has been. He goes back and kills his adoptive father. A few years later Agamemnon, Atreus’ son and Aegisthus’ adoptive brother/cousin, has come back from a war Menelaus, the other adoptive brother/cousin, has waged on Troy.

Agamemnon’s killed his and his wife Clytemnestra’s daughter Iphegenia on an island where the wind stopped blowing, as a sacrifice to get the wind to start blowing again and the battle-ships moving in pursuit of Menelaus’ wife Helen (yes, another stolen wife). Anyway, Agamemnon has got back home to discover Aegisthus has been sleeping with his wife Clytemnestra just before he gets killed by the two of them in a bath in revenge for killing his daughter without consulting his wife first. A few years pass. Agamemnon and Clytemnestra’s son Orestes comes back from overseas. He gets together with his sister Electra to organise their mother’s death. Orestes kills Clytemnestra and Aegisthus. He gets chased around the world by some Furies. He’s hunted to Athens, where Athena puts together a jury of Athenians to try him. Apollo is the defence attorney. Orestes gets off, because killing a husband is worse than killing a mother. The curse of the House of Atreus, set in motion by Tantalus, has been lifted and the myth ends there.

Who wouldn’t want to do a play about that? Seneca’s play Thyestes deals just with the events surrounding the reconciliation feast. Our play deals with the myth from Atreus’ and Thyestes’ murder of their illegitimate brother until Aegisthus’ murder of Atreus. There’s already a famous play by Aeschylus about the next bit. It was the first play with dialogue in it. We might do a version of that one day.

How did audiences respond to the work in Melbourne, and what do you expect Sydney-siders will think?

Most of them enjoyed it. I have no idea whether Sydney audiences will be the same. I’ve learnt not to try to predict such things. But I really hope everyone has a great time.

This production is staged in the modern world. Can you tell us what an original production of the show may have looked like?

An original production of Seneca’s play? A few of people facing the audiences in robes and masks speaking long soliloquies. Some swords. Some spit roast. That kind of thing. The original production of our play looked very similar to what the one at Carriageworks will look like, except a few square metres smaller.

You co-wrote the work with Thomas Henning, Chris Ryan and Mark Winter. Tell us about the development and rehearsal process.

We ate a lot of grapefruit and pistachios and drank a lot of mineral water. We wrote all over several walls until we had a synopsis for our version. We read a lot of wiki articles about psychopathic tyrants. We improvised versions of scenarios, built texts based on those improvisations, improvised on those etc. until we had a reliable blueprint for the show. The actors still improvise every night. The most important thing in the performance style is that the conversations seem natural, so writing the text with the people who are going to perform it was indispensible. Currency are publishing the text, so we created a kind of aggregate script that represented a typical show. But, given the usual level of divergence from the script by the actors in any given show, it would be peculiar to see someone else put on the show… I’m not sure it would work. Maybe it would.

We’re told you choreographed the dance? Who’s your inspiration?

Mark and I workshopped it. The dance that we rehearsed was to Say My Name by Destiny’s Child but then the rights were difficult to get and it ended up being Mary J Blige. But Beyonce is a massive inspiration for Mark and me. She’s an unbelievable mover. We wanted Mark to have a sexiness like hers. The other inspiration for me was Mark himself. He’s hot. He has a great body. I made it do things that made him hotter. And funny too. Funny is sexy.

What did your mum say when she first saw the work?

She loved it. She was very proud of me. There’s very little that can shock a woman that grew up in the sixties and went to uni in the seventies. She’s been watching art far more outrageous since before I was born.