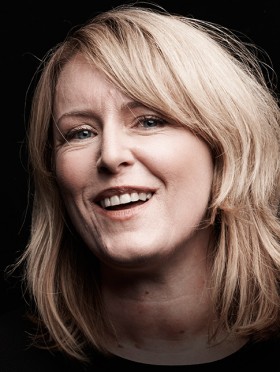 Is This Thing On?

Brianna is a stand-up comedian. This is her life: an unfortunate name, a boring childhood, slow self-realisation, a late coming-out. Drink. Standing in smelly rooms with strange men who all tell the same jokes. Vomiting on stage. Carrying on anyway. Is there a reason? Probably not. Just a way of coping with your own mediocrity. But Brianna is funny; crude, revolting and hilarious. And so is this play.

Zoë Coombs Marr’s brilliant new play is a portrait of a life in a comedy routine. Well, five overlapping comedy routines,from five Briannas at different ages, performed by five foolhardy actresses. It is about being funny when funny is all you have.

Coombs Marr won the Philip Parsons Young Playwright’s Award in 2011 for And That Was the Summer That Changed My Life – this led to the commission of Is This Thing On?. As well as a playwright and theatre-maker with performance group post (Oedipus Schmoedipus), Coombs Marr is a stand-up comic and regular guest on Dirty Laundry Live (ABC2).

Five great actresses will play Brianna at different points in her life, starting with Madeleine Benson (Old Man) who at just 16 is taking on her second role at Belvoir. Genevieve Giuffre (Summertime in the Garden of Eden, Griffin Independent) and Nat Randall play Brianna through her twenties. Sydney Theatre Award winner Susan Prior (Small and Tired) navigates Brianna through her thirties and veteran performer Fiona Press(The Moodys, ABC1) is Brianna at her most mature.

Is This Thing On? is a kind of Don Quixote for the female comic – a magnificent and stupid quest for one shining moment of specialness which may have already happened.