Louis Nowra’s Radiance began its life at Belvoir in 1993. In 1998 it was made into a highly acclaimed feature film. In 2015 we will dust off the old Radiance licorice tin and bring this beautiful exemplar of Australian storytelling to a new generation of theatre-goers.

It begins conventionally enough: Mae, Nona and Cressy gather at their old Queenslander in the tropics for their mother’s funeral. Mae, the middle sister, has stayed at home and nursed their mother through her last days as she struggled with dementia and family secrets. Cressy, the eldest, has become a successful opera singer and lives a life far, far removed from Mae’s. Nona, the youngest, is a joyful troublemaker with no sense of responsibility and a lust for things that do her no good.

These three sisters are forces of nature, and they haven’t been in the same room for years, and years. It isn’t long before that old house can’t contain the joy and pain of them all being together again and those family secrets can only be held back for so long.

Nowra’s feat of playwriting – almost Shakespearean, a Tempest-like packet of bound-up forces of lust, rage, grief and high-flying foolery – is ready to be unleashed again. Leah Purcell (Brothers Wreck) is the woman for the job. Purcell is a powerhouse. She burst onto the national stage nearly two decades ago and is as full of fight and life as she ever was. What better idea than for this all-round theatre elder to direct herself in this mighty little classic?

She will be joined by The Sapphires co-stars Shari Sebbens and Miranda Tapsell in what will doubtless be the theatre hit of summer.

* Ticket prices can be dynamically adjusted, either up or down, based on real-time market demand, and without notice. 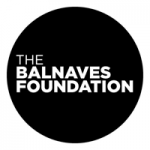 Indigenous theatre at Belvoir supported by The Balnaves Foundation.