The air is freezing. The night is dark. The bush is endless. And there’s no certain way home. Faced with the looming foreclosure of her family’s property, a farmer’s daughter is on the hunt in the rugged Australian bush—on territory that by rights isn’t hers to travel through. From deep between the eucalypts, another woman—a mother dingo—searches desperately for her lost pups. She howls into the night, run ragged by hunger and grief. Dogged is a work of sheer Australian Gothic by Andrea James (Winyanboga Yurringa) and AWGIE-Winner Catherine Ryan, directed by Declan Greene, that stares you straight down the barrel.

To win a double pass to Dogged’s 7pm performance on Monday 17 May, email your contact details to [email protected] with the subject line DOGGED BELVOIR. 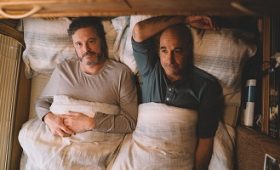 Starring Academy Award winner Colin Firth and nominee Stanley Tucci, Supernova is a heart-rending modern love story about a couple struggling with a diagnosis of early-onset dementia and their journey travelling across England in an old campervan visiting friends, family and places from their past. It’s an intimate drama about love and mortality written and directed by award-winning actor turned filmmaker Harry Macqueen.

To win one of 10 double passes to SUPERNOVA email [email protected] with the subject line “Belvoir x Supernova”. One quiet night, the street lights flicker out and plunge the world into darkness. A “lights out” party in Royal Park is announced, and every kid in town makes their way there to celebrate this strange occurrence.

Stories of revenge, redemption, and enterprise unfold on the way to the park because everybody’s on their way to the same party. And it is not to be missed.

Win two tickets to ATYP’s Lights in the Park on 20 April at 7:30 pm at Q Theatre, Penrith. Email [email protected] with the subject BELVOIR x LIGHTS, your full name, and contact number to go in the draw. Competition closes 12 April at 12:00pm. 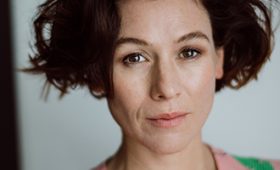 Some of the nation’s most accomplished actors bring their skills to bear, reading electrifying poems that hold special meaning. Illuminating the beauty and force of poetry, each performer reads a piece they have chosen on the Festival theme, Within Reach. Featuring Michala Banas, Ewen Leslie, Tim Minchin, Toby Schmitz, Yael Stone, Mia Wasikowska, Megan Wilding and more.

For your chance to win a double pass, enter here and use the code “BELVOIR”.

Find out more about the performance here 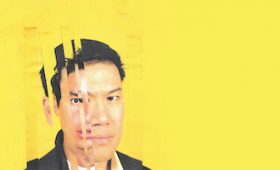 Yellow Face, the Tony Award-winning David Henry Hwang’s play, is premiering in Australia for the first time. Exploring Asian identity and East-West politics, it is a fast-paced satire that careens between sparkling Broadway cocktail parties and interrogations with shady government authorities. With more than 80 characters played by a cast of seven actors, Yellow Face will thrill, inform and make audiences laugh out loud.

Thanks to the team at Dinosaurus Productions we have 2 double passes to giveaway for the show on Sunday 25 April at 5:00pm. To enter email [email protected], with the subject “BELVOIR GIVEAWAY”